To share your memory on the wall of Rudolph Dokis, sign in using one of the following options:

The family announces with sorrow his death in Sudbury, Friday, October 16th, 2020 at the age of 87 years. Son of the late Xavier Dokis and of the late Madeleine Dokis (née Stevens). Dear father of Nelson (Cathy), Dennis and Larry (Bernice Trudeau). Predeceased by his daughter Joyce Mary Dokis. Sadly missed and lovingly remembered by his grandchildren Jesse, Alex, Brad, Russell and Lucille as well as his great-grandchildren Hunter, Kaliliya and Heaven and great-great grandson Aiden. Brother of Veronica Dokis and Marry Dixon. Predeceased by his siblings Simone Miner, Mary Therrien, Bernadette (PeeNee) Goulais, Bob Dokis, Edmond Dokis and Frances Dokis. In his spare time, Rudolph loved hunting and was a talented fiddler. The family will receive friends at Theoret-Bourgeois Funeral Home Sturgeon Falls, Tuesday, October 20th, 2020 from 2:00 pm to 4:00 pm and 7:00 pm to 9:00 pm. Donations to the Canadian Cancer Society would be appreciated.
Read Less

Receive notifications about information and event scheduling for Rudolph

We encourage you to share your most beloved memories of Rudolph here, so that the family and other loved ones can always see it. You can upload cherished photographs, or share your favorite stories, and can even comment on those shared by others.

Posted Oct 19, 2020 at 10:33pm
Our sincere sympathy to Nelson, Dennis and Larry, on the passing away of your dad, Rudolph. Love, Janet and Raymond St.Louis.
Comment Share
Share via:
JS

Posted Oct 19, 2020 at 09:28pm
Uncle Rudolph. Rest In Peace. Sincerely and with love from Raymond and Janet St.Louis 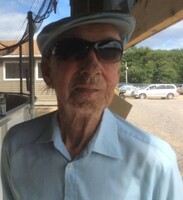 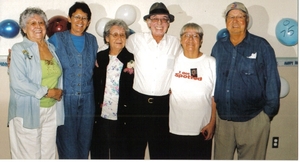